Being a Councillor, by Vanessa Brown 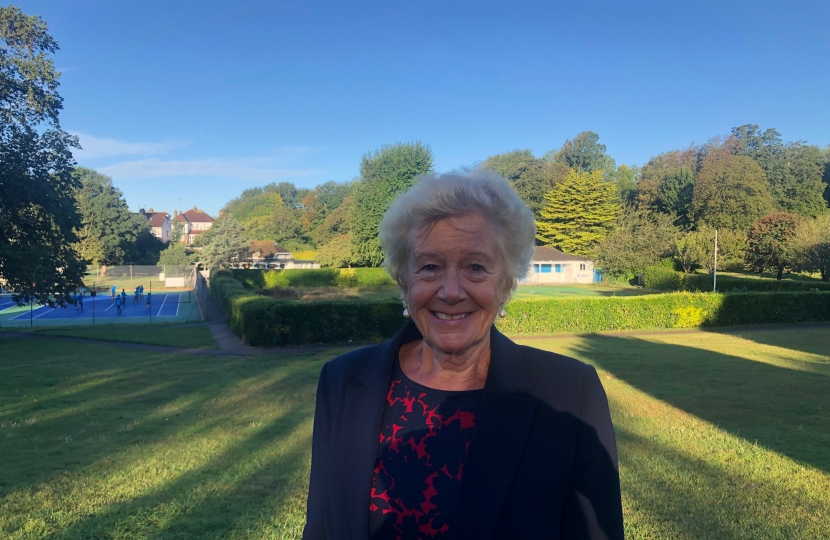 Councillor of Hove Park, Vanessa Brown speaks to us about her very important role in the community.

Why did you want to become a Councillor?

I was the Chairman of my local residents association and was therefore often contacting the local councillors and visiting Hove Town Hall for the local residents. One of the then councillors suggested that I should apply to become a councillor as I was doing their job for them a lot of the time anyway. He inspired me to apply and acted as a mentor.

What did it mean to you to be elected?

It was very exciting , although rather daunting, but I felt very proud to be elected. It had been hard work knocking on doors and meeting people in all weathers but it was  all very worthwhile in the end. My Committee work is obviously very important but my main reason for being a councillor was to help local residents and hopefully make the City, and particularly my Ward , a better place to live in.

What type of person is suited to the role?

Many different types of people. I was a teacher and I felt that was very relevant to the role but any kind of work and life experience is helpful. Most of all you need empathy with people, endless patience, and a real wish to get involved and help.

What type of queries do you receive from residents?

These are many and varied.

This last week for example I have dealt with a housing problem, several planning applications that are causing concern, tarmac being laid on pavements rather than paving slabs, weeds and graffiti, and problems around schools reducing their published admission numbers.

What are the highlights of being a Councillor?

One of the achievements I am most proud of was when the Conservatives were in power I set up and was Chair of the Children and Young Peoples Trust Board. This was the first time that different agencies had worked closely together. We had representatives from the CCG [Clinical Commissioning Board], the Health Trust and the Police etc on the Board. At that time I also oversaw the appointment of the Aldridge Foundation and the building of BACA, [Brighton Aldridge Community Academy]. Later PACA [Portslade Aldridge Community Academy] also became an Aldridge Academy . They are both rated by Ofsted as good schools. We were also desperate for primary school places and I set up the site in Connaught Road as a new primary school and added many extensions to infant and junior schools. Now the number of school children in the City has dramatically reduced and we have the opposite problem. I also at that time had the pleasure of opening a number of Childrens’ Centres.

Have you achieved your goals?

This is impossible as a number as a number of new goals open up all the time. There is always something to work towards or rectify. My most fulfilling role is helping residents to achieve their aims for the City and the local area and helping them resolve any issues they are having with the Council.