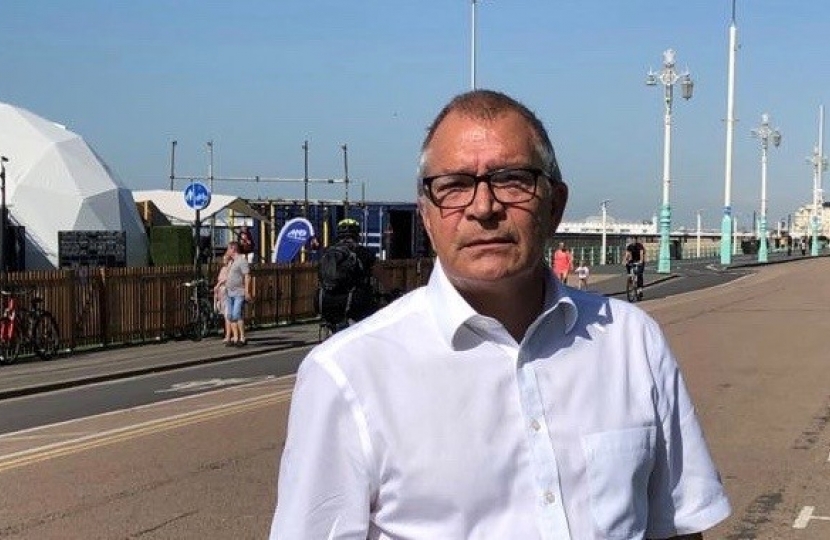 Conservatives look to the Bigger Picture with vision for two big seafront projects!

Our Conservative Team of Councillors is looking to the bigger picture and supporting two big public regeneration projects to revive the City’s seafront economy, improve civic amenity and facilities, and create a more family friendly environment for residents.

Brighton & Hove City Council is currently drawing up the paperwork to make a funding submission to the Conservative Government’s new £4.8 billion Levelling Up Fund for major proposals focusing on two seafront precincts in our City in need of attention.

These submissions are the culmination of a great deal of work by our local Conservative Councillors and we are strongly encouraging the application to the Levelling Up Fund.

So what do these projects involve?

The first project, titled the ‘Kingsway to the Sea’ proposal, is an initiative of our Wish Ward Councillors Robert Nemeth and Garry Peltzer Dunn which has caught on and generated support from across the community and across the Council.

It covers the 1km section of seafront that includes Hove Lagoon, and involves the remodelling and landscaping of parkland, modern outdoor sports and leisure facilities and events space to make the most of the space in this unique area.

The Conservatives are particularly supportive of this proposal as it would generate better facilities for families in the City, who are often forgotten by this Council

We have heard much in the past week about how families are leaving the city at an alarming rate with the Council announcing this week that four local secondary schools may have too few new pupils to remain financially viable within eight years.

We need to turn this around and better family-focused facilities on the seafront would be a good start.  A family-focused regeneration at West Hove with the combination of Hove Lagoon for leisure and creative play, the adjacent beach, modern outdoor facilities for multiple court-based sports and dedicated events space for local markets would also be unique in England.

The second regeneration project which Brighton & Hove City Council will be applying for funding for will focus on restoring the iconic Madeira Terraces and Arches which would have a major boost for heritage and the local economy.

Madeira Terrace dates from the Victorian Era and the halcyon days of Britain’s seaside resorts.  It is thought to be one of the longest cast iron structures in the world, featuring beautiful and ornate design, and is also Grade II* listed.

However, as recognised by the Council, it is also more than a structure as it defines whole sense of place, with the potential to transform and reanimate the whole seafront area, becoming an emblem of a new era for seaside towns and cities.

Together, these two regeneration projects would help future proof our City’s tourism economy, which accounts for an £886 million injection into our City each year.

As Conservatives we recognise that a strong economy underpins all other services delivered in the City and that the Council must focus on not only maintaining but strengthening this sector of the economy.

We have been greatly concerned that this Council, elected in 2019, has gone backwards in this regard:

Antisocial behaviour has got out of control on the West Hove seafront putting off visitors, the Green council has made national headlines for the wrong reasons after it cut down of a section of what was previously Europe’s longest continuous green wall along Madeira Drive, and to cap this off the crumbling Madeira Terraces have now been elevated to ‘at risk’ status on Heritage England’s register due to lack of attention, with the Madeira Lift the latest casualty, closing down at end of 2019 after the theft of copper.

The future of historic motoring events in the City has been put on notice over ideological concerns from Green Councillors..

We are a City with rich culture and heritage assets and this should be our competitive advantage and the cornerstone of our City’s future prosperity.

Let’s look to the bigger picture and put in some strong applications to the Conservative Government’s Levelling up Fund to kick start these regeneration projects!