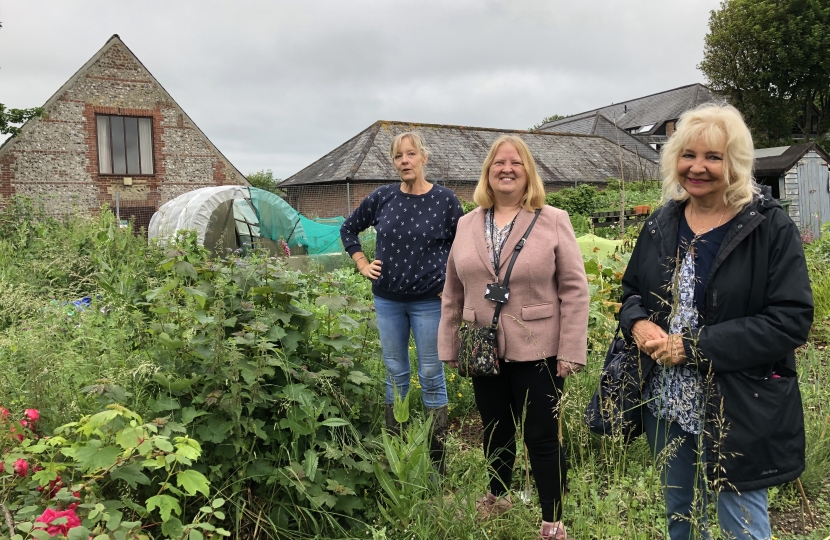 There’s trouble down at the allotments and the Council is facing pressure from local allotments holders and associations to fix the issues as soon as possible.

Brighton & Hove City Council has at least 35 allotments dotted across the City across many picturesque locations.  This includes sites such as the stunning valley adjacent to Hollingbury Golf Course and the idyllic setting next to the Patcham Church.

After a year of lockdown, it is perhaps unsurprising that allotments are very much in demand:  The current waiting list for an allotment in the City is currently estimated a by the council to be three years.  There are some 2,500 residents on the waiting list.

What is surprising however is that, according to council statistics released this week, there are currently 184 vacant allotments across the city that remain unlet.  This figure is virtually unchanged from 18 months ago when there were 196 unlet allotments in January 2020.

The failure of to let these allotments is costing the council money in letting fees, frustrating those on the wating list and also causing upset for allotment holders, who see patches becoming rather wild and unkempt.

So what has been going wrong at the council?

Our newly elected Patcham and Hollingbury Councillor Anne Meadows visited local allotment holders at Patcham Court Allotments with Cllr Carol Theobald to find out more about what has been going on.

They found proud allotment holders and volunteers, who have been making a wonderful contribution to the local environment, deeply frustrated with a new Council system that has ground allotment lettings to a halt.

The Council has interfered with the previously decentralised system, where local allotment associations managed the letting process themselves on behalf of the council, and instead decided to bring the process in house.

Where allotment associations had previously been able to contact the first person on the waiting list, they now have to rely on the council to do this centrally.

The Council has been failing to do so.  A note on the allotments page of Council website states that:  ‘due to a combination of changes to work practices and ongoing council IT issues, we are unable to process your allotment application at this time’.

Allotment holders at Patcham Court also raised another issue that should be a priority for the council – an escalation of antisocial behaviour in the area.

Allotment holders at Patcham Court have been broken into three times in six months and they have lost quite a bit of equipment.  Their sheds have been ransacked and rather unhygienically someone has defecated in their shed.

Cllr Meadows is also calling for the council to install CCTV on lamp posts that could monitor the whole of the allotment site.  This would be a great deterrent for those who wish to access the site for other reasons and be a great peace of mind for the allotment holders.

The Council’s approach to allotments has been a policy failure characteristic of this Labour/Green Council and its ideology.

It is yet another example of the council taking a service that was working well out of the hands of private individuals and volunteers - but not thinking through the consequences of this.

We have seen this before, with poor policy decisions from the Labour/Green Council to insource housing repairs and change the home to school transport system for disabled families – policies that have cost money and resulted in a council service collapsing.

There was an allotment strategy put together and agreed in 2014 but this was never apparently fully implemented by the Labour-Green Council, why not?  Our allotment holders are a resource that we, as a council could have tapped into, particularly during this pandemic.  We still can if we go back to that strategy and look at what could be simplified so it can be implemented.  It needn’t cost lots of money, just the will of the council and the resources that our volunteers bring to it.

If the lettings policy was returned to volunteers it could help to raise money for the council by letting those allotments, take some of the administration off the council’s shoulders and meet the council’s priorities for good mental health and healthy outcomes and active living.

Our last Conservative Administration in the City focused on good service delivery for residents as its first and foremost priority and this council should do the same.

There should be no more council debates on irrelevant topics such as nuclear weapons (debated twice this year) until the allotments service is fixed.