Experimental park and ride plan for Westdene by Green council 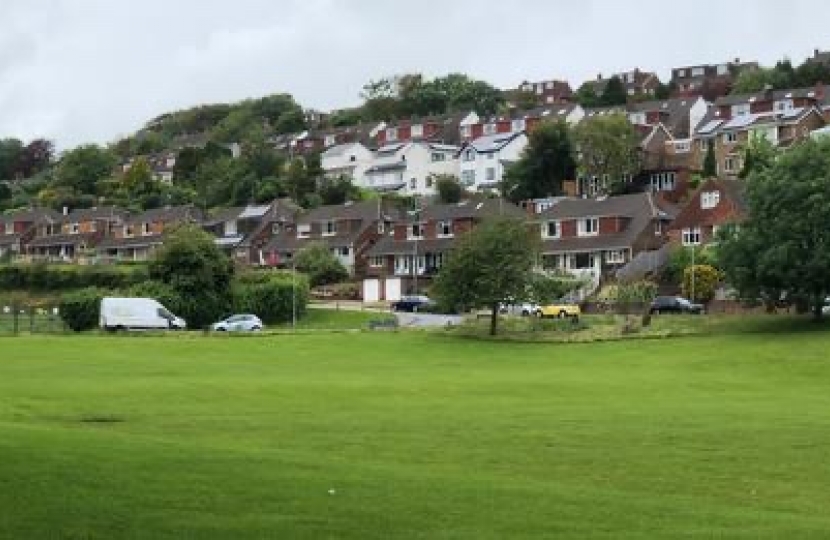 Amid all the decisions made about cycle lanes and active travel in July, one key issue was left undecided:  the proposal for an ‘experimental’ city park and ride scheme in Brighton and Hove.  This will now be decided at a key vote to be held on 21 September.

Park and ride is an idea that has been around for a very long time in Brighton and Hove.

It has been in Labour’s manifesto since 1995, but never delivered - despite Labour having been in power in the City for 15 years, half of that time with a majority.

The reason for this is fairly straight-forward. Putting a park and ride in place is not as easy as it sounds. The details throw up a whole succession of pros and cons that ultimately end up in it being rejected every time.

Over the years, ideas and proposals have come and gone - including potential schemes for Braypool, Patcham Court Farm and Patcham Place - but all have been abandoned on environmental, feasibility and financial viability grounds.  It’s groundhog day each and every time.

But this month, Park and Ride is suddenly back on the agenda again, courtesy of a new ‘experimental’ scheme being proposed by the Greens for Mill Road, Westdene.

The experimental scheme was slipped into the Council’s ‘Active Travel Plan’ by the Greens that was presented to Councillors in July, where it was outlined in just two small paragraphs that the Administration wanted an experimental scheme to begin next year.

The experimental nature of the scheme raised alarm bells after the city’s recent disastrous experience with other experimental transport measures and our Conservative Team moved for the item to be deferred so that it could be looked at in much greater detail.

The proposed site for this experimental scheme, Mill Road in Westdene, is currently used as the park and ride spot for special events such as football matches, where the road is closed on match days at the Westdene end and cars park head to tail down one lane.

Converting this arrangement into a full time facility for the City would have many implications for local residents and authorities that need to be considered.

The first implication relates to traffic flow and highway safety.  Mill Road is a local access road for residents living in the area but also as an alternative route when there are accidents on the A27.  Closing this road permanently for a year for an experimental park and ride would remove this option for residents and also Highways England.

In the short term the council has indicated new bays, bus laybys would have to be created.  In the long term, to make a park and ride scheme economically viable, thousands of car parking spaces would need to be installed with associated infrastructure, such as security, lighting towers, perhaps even a cafeteria, along with slip roads and junctions that would inevitable encroach on nearby green land which includes Patcham Windmill and Coney Wood.  It seems unlikely that the South Downs National Park Authority would agree to this.

Finally, there are democratic implications.  As with the other experimental transport measures brought in by the Council last year, local residents and other stakeholders have not been consulted.  If the residents of Westdene are to bear the brunt of a new car park, lighting towers and road closures they should at least be consulted, particularly given that they were previously assured that the Mill Road Park and Ride would only be for special events, on a few days each year.

As we now know from the Old Shoreham Road cycle lane experience, once an experimental scheme is in place, the Council will try to make it permanent, regardless of local sentiment or evidence.

Removing the Temporary Cycle Lanes took petitions, protests and many votes at council over the course of a year and a half to achieve, which caused much stress to local residents who simply should have been consulted in the first place.

All this means that local residents and authorities need to be vigilant about what is happening with this experimental park and ride proposal, when matter comes up for decision at the Transport Committee meeting on 21 September.

Latest TV News Editor Mark Walker speaks to Samer Bagaeen, to find out about the new play equipment being installed in both Hove Park and Dyke Park, as well as plans to fill gaps in recreational space for children of all ages in the future.