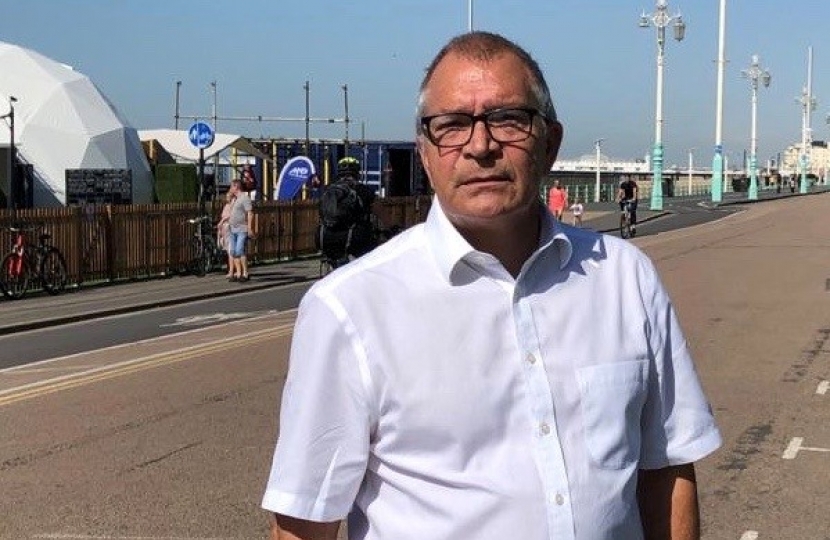 Armistice is Latin for to stand (still) arms and marks the moment when the first World War ended.

On Wednesday when the nation paused at the eleventh hour on the eleventh day of the eleventh month we remembered those that have fallen in World War 1 and in all wars.

“This year it is as important as ever to reflect on what our soldiers died fighting for.”

In World War 1 our armed forces fought for the continuation of our country’s hard-won freedoms that we usually take for granted.

They fought for our basic freedoms of thought, worship, speech, association and choice, the rule of law and justice, giving all citizens equal rights under the law, responsibilities to maintain it, and the freedom to change it.

When this country talks about hard-won freedoms and what we stand for as a nation – this is what we mean.  That is why Armistice Day is so important – it reflects the character of this nation.

As Conservatives we believe in defending and protecting these freedoms across all parts of our country.  When we are locked down and our freedoms are curtailed, we reflect even more on the importance of safeguarding these freedoms in the future.

As an extension of this, we stand with local heritage organisations in recognising the importance in retaining and maintaining our war memorials such as the Old Steine in the highest possible state so that Brightonians and Hovarians always have a place to reflect and remember the value of freedom.

“As a veteran myself, having served in the Queen’s Regiment, Armistice Day resonates strongly with me personally.’

It not only allows me the time to reflect on those who made the ultimate sacrifice during the wars and conflicts that we as a Country have stood side by side during.  We also must remember the many civilians which also lost their lives during these sad days of history.  Also this day and time of remembrance allows me to reflect on those which I served with who are sadly now on the Parade Ground in the sky and I and many more of my comrades owe them so much.

It is always good to join the many other wings of Armed Services in attendance who I consider my comrades although never serving with them we have a bond which our service tightly binds us all together as “we will remember them”.

“Despite the pandemic, the Government gave the green light for socially-distanced Armistice Day services.”

I attended the ceremony at the Old Steine on Wednesday with my colleague Councillor and Deputy Mayor Mary Mears who is Chairman of the Brighton & Hove branch of the Royal British Legion and it is a credit to the citizens of Brighton & Hove that the service occurred.

The Brighton War memorial commemorating the fallen of the First World War is situated in the Old Steine Gardens.  There are 2,390 names.

From the Old Steine where the service was held we looked across at the symbol of Brighton & Hove, the Royal Pavilion, which was at the heart of the war effort.

“During the First World War, the Royal Pavilion was converted into a hospital for wounded soldiers. It became one of the most famous military hospitals in Britain.“

As documented by Brighton Museums, from 1914 to 1916 it was used for Indian soldiers who had been wounded on the battlefields of the Western Front. From 1916 to 1920 it was used as a hospital for British troops who had lost arms or legs in the war.

The Indian hospital is marked by two monuments in Brighton. The Chattri memorial stands on the spot on the Downs where Hindus and Sikhs who had died in Brighton had been cremated. The Indian Gate at the southern entrance to the Pavilion was presented to the people of Brighton by the ‘princes and people of India’ as a gesture of thanks for the care provided by the town’s Indian hospitals. It was unveiled by the Maharajah of Patiala on 26 October 1921.

An audio tour tells the story of both the Indian and Limbless Hospitals set up in the Royal Pavilion.

So when you next walk past the Royal Pavilion or see the logo on your communications from the council, remember what it represents:  The Royal Pavilion is a symbol and the embodiment of the freedoms we all enjoy - and of the 2,390 names on the monument.

Our largest boost to our Nation’s Defence in a Generation

We’re delivering a funding boost of over £24 billion for our nation’s defence. Ensuring we keep our nation safe from the evolving international threats we face.