For a third time, Labour has an opportunity to remove Old Shoreham Road Temporary Cycle Lane 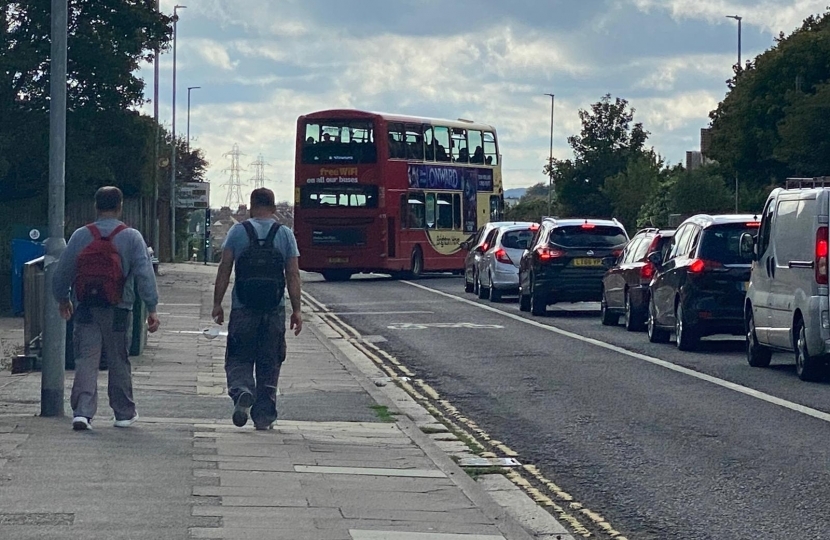 Before we start we must congratulate the Conservative Government for leading the way in active travel and promoting walking and cycling by investing £5 billion pounds into improvements and for awarding councils monies for Covid Active Travel Funds.

I would also remind everybody that it is us that is the only voice in the city that criticises the lack of scope, scale and ambition associated with the evolving Local Cycling and Walking Infrastructure Plan. This Administration is concentrating on proposed networks that are likely to secure funding on existing routes as opposed to truly trying to create a network to get people out of their cars for short journeys.

But I also congratulate the Conservative Government for investing £27 billion pounds to ensure all journeys are safe, reliable and efficient for drivers and businesses and ensure the road network is fit for purpose.

Government have also recognised how funding can also be misused.

With tranche 2 they require proper meaningful public consultation on any scheme. They demand this to ensure that all in the community are heard. They want to make sure that councils, like this one, are not confused with listening only to the loudest voices or giving any one group a veto.

And so we now arrive at Old Shoreham Road. This council invited public opinion in its survey. 66% said they wanted the cycle lane removed. What has the council done, ignored them. The Green Administration who want cycle lanes regardless of the impact are the loudest voices and they have the veto.

Apparently, Labour councillors want Old Shoreham Road cycle lane removed also. Yet twice before they have voted to keep it. Today we offer Labour a third opportunity. Today Labour has the choice to either find another excuse to say one thing and do another or they will have the courage to support the 66% who want the cycle lane removed.

Last night I was reassured by the Green Chair of this Committee that they will now consult on tranche 1 Old Shoreham Road. To keep the cycle lane in place they have promised Labour a consultation. We have seen this before, Labour fed the excuse to vote against the 66%. But this is a rouse by the Green Administration to keep having consultations until they get the answer they want. The majority have told us already they don’t want it.

Of course by now we have got used to the fake news put out by the Administration that said cycling had increased by 61% since the cycle lane had been introduced as part of Covid measures. That was the rise since 2016 and officers rightly confirmed that they had no idea how cycling had changed.

Since then however we have had no further information….nothing. No data, no updated survey information, no journey time data, no pollution or air quality data, no economic cost impact assessments…nothing. I hazard a guess as to why….because it either says what the loudest voices with the veto don’t want to hear or the council hasn’t got it because it hasn’t done the work. And why is that, because it doesn’t have to even though Government said it should.

And the reason why….trojan horses. This Administration if supported by Labour will make this a permanent feature regardless of what anybody says or wants. It suits officers who are planning to make this a key part of their network. Let us not be kidded, unless councillors in this Committee vote in the majority against this particular cycle lane it is here to stay.

Cycle lanes are desperately needed. Cycling and Walking must be improved on a huge scale. Conservatives are committed to this.

However, such infrastructure must be properly considered, fully evaluated and the public’s views respected. Old Shoreham Road is a good idea in entirely the wrong place. It is time to get rid of it and allow us all to focus on where they can be installed to greater effect and supported by everybody.